With the increasing range of robot applications, the requirements for robots are getting higher and higher, especially for the safety performance of robots. The original robots can only do some single and simple repetitive work without human-machine interaction ability. With the rapid development of technology, robots become more intelligent and can complete more complex characters such as grinding, assembly, drilling and other tasks.

In order to prevent damage to the robot or the object to be manipulated due to excessive interaction force during operation, compliant control is required to perform these tasks, and thus detecting the collision force is an indispensable part of active compliance control; on the other hand, workers need to be involved for many tasks. In the process of human-robot interaction, safety is the primary problem. In order to ensure safety, it is necessary to detect whether there is a collision between the robot and the personnel, to maximize the protection of human safety, and to allow the robot to recognize the existence of human beings,to stop the work in progress when necessary, so as not to accidentally hurt people.

Hypersen’s 6D force torque sensor can measure the force and moment in three directions of XYZ in real time. Its ultra-high precision can detect subtle changes in force and torque. It can be widely used in industrial robot collision test to ensure manual safety, help promoting the automation of industrial production. 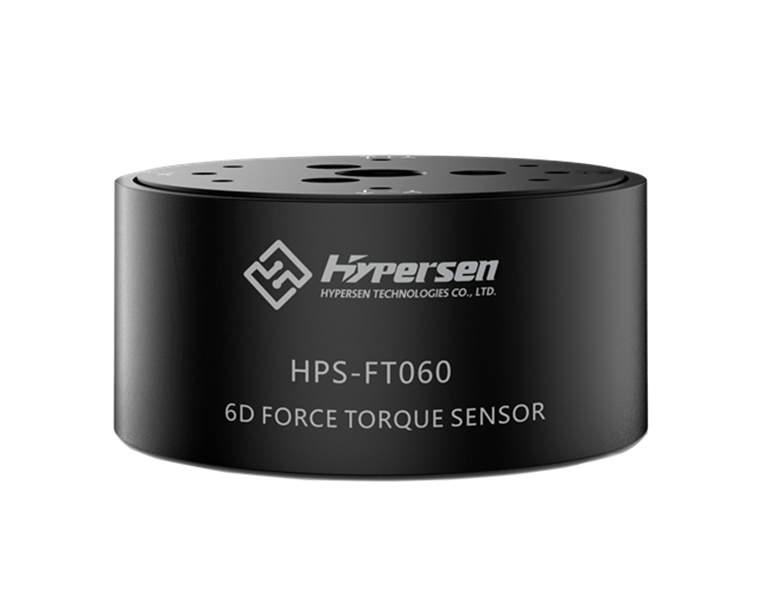